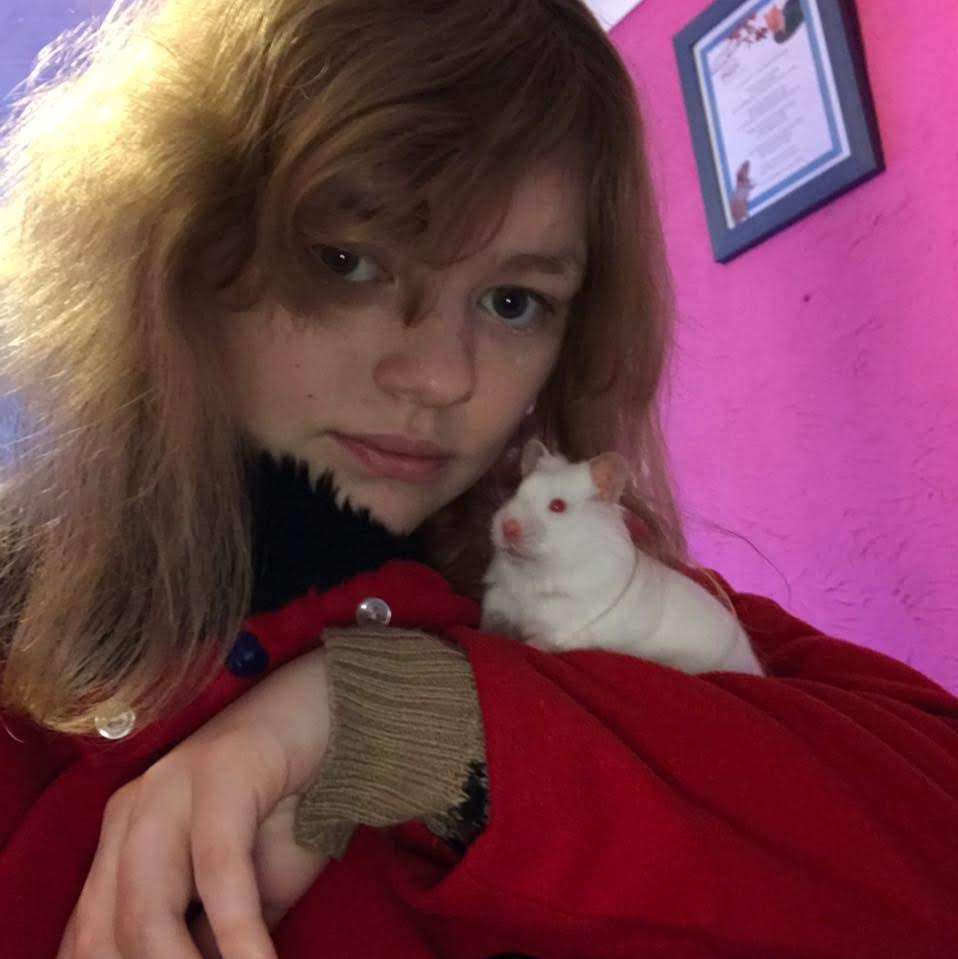 I adopted a beautiful 9 week old Syrian hamster and named her after a dolphin who passed away (from a movie called Dolphin Tale her name was Panama). We then took Panama home and put the box into her cage, she was so scared but slowly got used to everything.

After a few months of having her I learned her cage was too small for her so I immediately got her a bigger one.

I stated doing TikTok with her, she had her very own account called Panamarose2019 and was getting so many likes and followers. She now has 20.9k likes and 2140 followers.

Panama started bleeding loads so she was taken to the vets where they said she could be in season so wait until Friday; if she still is still bleeding then it would be a cause for concern. We thought she was getting better as her bleeding was slowing down by Friday but on Saturday she started bleeding a lot so we took her back to the vet and they said it could be cancer in her womb. They said they needed to do a scan to be sure but we could only afford to do a scan and not any subsequent surgery, meaning the scan would have been pointless and unnecessary stress for Panama. Instead, we were given pain killer  medicine which she took every night. When I needed more of her pain killer the vets wanted her to come back in so I took her back. They then said again it could be cancer but they cant do much for her so they gave me more pain killers for her.

Panama started making odd sounds so I put it up on TikTok to see what all the other hamsters owners thought. Some said it sounded normal but one said could be a sign of pain, by then she had stopped doing it but resumed on 27 august 2020 and this time it was worse then before so I put it also on TikTok again for advice, lots of people were saying it could be a respiratory infection so I took her back to the vets again and the vets could not see why she was making it so they tried her on some antibiotics. When she took tthem she was still making the sounds and was becoming more frequent but the vets said they could not see anything up so was not much they could do.

A lump appeared on her chin and was growing fast, doubling in size over just a couple of days so we called the vets but this time the vets weren't picking up the phone so I had to take her to another vet named Downland Veterinary Group. Downland also said to do some tests on her to find out what the lump was and that time I could pay for all of it so we booked an appioment for 17 December 2020 and she got a x ray where they found a bladder stone. I was given two choices: Surgery which is very risky with a high chance of her not surviving it or to have her euthanised. There was just so many things happening with Panama's body and we still didn't know what was the lump was (a high chance it was cancer) so that would of made surgery even more risky. We made the difficult decision of euthenasia as it probably was the best one for her.

Panama died at the age of 1 year and approx 11 month old. Rest in peace to an amazing hamster, I will miss her so very much.